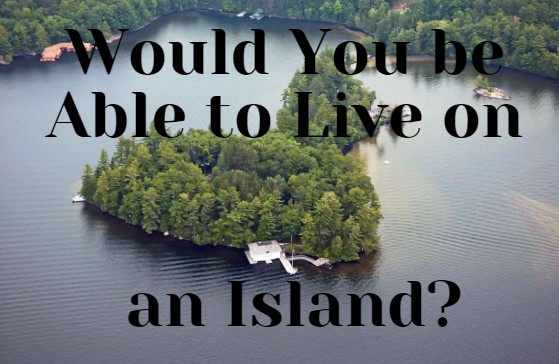 Who lives on those islands in Lake Winnipesaukee? By Stacey Myers Globe Staff.

LAKE WINNIPESAUKEE, N.H. — What do you do when you have a cozy cottage on an island and you need a new couch?

If you’re Boxford, Mass., resident Mark Abare, you slip the delivery guys a few bucks and sweet talk them into helping you jam a six-piece sectional onto your motorboat and taking a trip to Welch Island at the heart of Lake Winnipesaukee.

Abare said he had assurances from the salesman, but when the delivery guys met him at the marina in Gilford, they balked, saying, “We can’t get on your boat.”

So he tried charm, and cash, and literally got them onboard with his plan. “We were pretty shocked that we got it all in there, too,” he joked.

“They had fun,” said Abare. “By the time I was done with them, they were like, ‘Hey give me a call if you ever need anything else.’ ”

If you dream of retreating to a New Hampshire island property some day, this is just one type of contingency you should prepare for. It’s a far cry from Nantucket and the Vineyard, where there’s a choice of ferries to haul people, cars, and freight. On Winnipesaukee, islanders for the most part transport themselves and their supplies — if they remembered the milk, toilet paper, and propane for the grill, that is. For bigger items, they hire a barge service or wait until winter and haul it over ice.

You have to be resourceful. Being handy also helps, because “you’re the maintenance department all in one,” Abare said. (Think busted dock, boat, or plumbing.)

But island life definitely has its rewards: amazing views, privacy, friendly neighbors, and an offbeat culture. (Case in point: Nipple Rock, a navigational marker with a whimsical paint job.)

Winnipesaukee is massive, covering 72 square miles and touching eight communities in two counties. But exactly how many islands it holds is a mystery. “It depends on who you talk to and it all depends on what you consider an island. If it’s a small rock pile that supports blueberry bushes, it might be someone’s idea of an island,” said Captain Tim Dunleavy of the N.H. State Police Marine Patrol. “We usually say there’s about 260 formations.”

What’s the island population in the summer?

With weekly turnover of rentals, Dunleavy said, “it’s easier to tell you how many islands there are.”

Some of those islands host multimillion-dollar mansions with pricey boats bobbing at their docks. Governors Island is perhaps the most well known and well heeled. It’s a private community with some year-round residents and one of a handful of islands with bridges to the mainland.

The smallest island is believed to be Becky’s Garden, near Center Harbor, which is less than 10 feet wide and the subject of folklore. Each summer, someone sets a miniature house on there.

On islands like Welch, life tends to be simple, ringed with camps and a yacht club along the shoreline, leaving the center undeveloped. No cars. No paved roads. No cable TV. (Though some cottages get satellite television.) There are about 60 homes on the roughly 200-acre island. Some camps have been in the same family for generations, purchased when island property was considered worthless, recalled Abare’s neighbor Jack Vaiden, whose relatives bought a spot on Welch 60 years ago. There’s a working Victrola in the house he now co-owns with a brother, nails pounded into the wall hold pans and utensils, and the worn GE refrigerator looks like it came straight from Aunt Bee’s kitchen on “The Andy Griffith Show.”

“We haven’t changed anything in the house,” said Vaiden, who recalls when they had a kerosene refrigerator before an underwater cable brought electricity to Welch.

Simplicity is what the recent retiree enjoys about the visits from his Georgia home.

“There’s no yard to mow, no grass to keep up; you do that at home,” said Vaiden.

Abare likes to escape the demands of work by heading to the cottage he bought 15 years ago. That’s where you’ll find him most weekends, once the lake ice retreats in the spring.

“This is where I’m going to sit and get old — this spot right here,” said Abare, settling into a chair on his screened porch.

His cottage has knotty-pine walls, a sleeping loft, and a bathroom with modern plumbing. Water for bathing comes from the lake through a black hose snaking through the yard. Decor is classic New Hampshire: a framed lake chart, a wall clock shaped like Winnipesaukee, a bookcase resembling a canoe. Outside, other island staples include a hammock, an outhouse, and a bunkhouse fashioned out of a heavy-duty tent and outfitted with electricity and four futons.

“There can be challenges,” said Abare’s girlfriend, Laurel Perry of Marblehead, citing traffic getting there and the logistics of hauling groceries, laundry, and trash on and off island. “But you get here and set up the lawn chairs, and it’s the most relaxing thing.”

It evokes fond memories of summer vacations with grandparents, she said.

Plenty of lake traditions help sustain that charm, too, like the Sophie C. US Mail Boat. Its route dates to 1892. Run by Mount Washington Cruises, which has a Postal Service contract, the mail boat makes regular pickups and deliveries on seven islands in the summer and sells ice cream. “That’s an important part, more important than the mail sometimes,” said the general manager, Jim Morash.

Getting around on the water is another lure. Abare loves pointing his boat toward Laconia and docking at the Naswa Resort to indulge in desserts whipped up by 89-year-old matriarch Hope Makris or tying up at the public docks at Weirs Beach to get ice cream.

Among islanders, there is a distinct sense of community. They rely on one another to borrow missing dinner ingredients, scrounge up spare dock parts, and get updates on storm damage and lake conditions.

“They have a culture of their own,” said Dunleavy. “There’s even a cookbook made up of recipes of people who live on the islands.”

But don’t be fooled, the islanders aren’t stranded like Gilligan and the Skipper with only a coconut phone.

When he started, Dunleavy said, the Marine Patrol regularly checked on islanders for concerned relatives and made emergency notifications. “Here we are 25 years later,” he said, “and there’s cellphone coverage around the lake.” Perry manages to work on her laptop in the boat, with a gadget to get Wi-Fi.

Still island life isn’t for everyone.

“Some people come up here and can’t stand it. They think they’re isolated on a rock,” Vaiden said. “There are beverages that help.”

The best advise is “try before you buy”. Renting for a week or two will give you a feel for the lifestyle without the full commitment.